So this morning Jack told me I was a "booger". I told him that wasn't very nice and he shouldn't say that to people. So he thought for a minute and came up with something new to call me and said, "Mom, you're seltzer water!" And then laughed at himself. what a silly boy!

The other day I was getting ready for work and was curling my hair while the boys were still sleeping. I dropped my curling iron on the ground and it made a loud noise. Jack jumped out of bed and came into the bathroom and said, "What that whack?" I told him I dropped my curling iron. He got a very sympathetic look on his face with the squinty eyes and all and said, "Oh no Mom, you hurt your toe?" He was worried I got hurt.

Jack wanted to know if my arms were growing and if they got longer since I could reach something he couldn't. I explained to him that grown ups don't grow. He was confused and wanted to know if I was still going to be 29 on my birthday. I said yes, grown ups get older but not bigger. He was still confused and said, "You be 29 FOREVER?????" I told him it was okay to tell his friends that :)

We were flipping through the channels on tv the other day and I stopped at "The View" for a minute. Jack got very excited and pointed to Elisabeth Hasselbeck and said, "Look Mom! Auntie Lacie's on tv!!!!" 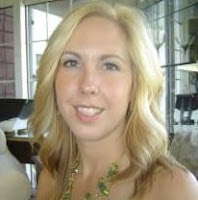 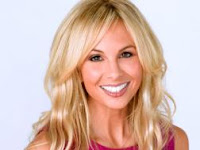