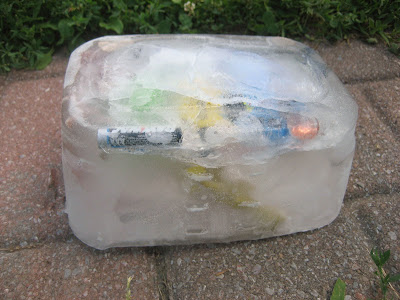 This is a GREAT summer activity for kids. I saw this most recently on The Picky Apple blog and decided to give it a try. Ethan is a little young so I decided to do it just with Jack during Ethan's nap time. Make sure your child is old enough to hold a hammer and supervise them the entire time.
I went around the house and found some little toys and trinkets and put them in a plastic container filled with water. It took overnight to get a good solid freeze. Then remove from the container and let your child use a hammer to smash the ice to get to the toys. 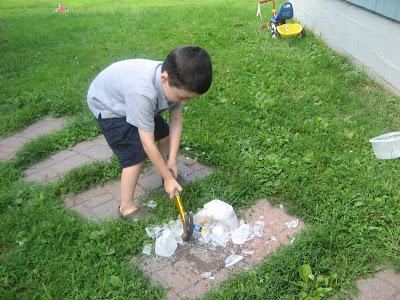 Here is Jack giving it a good smash. 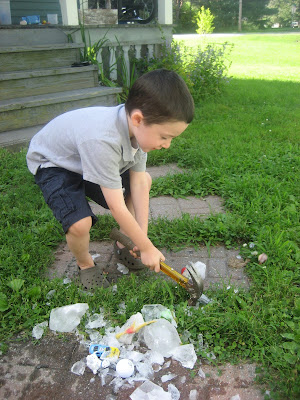 He liked smashing the smaller chunks that broke off from the big piece. 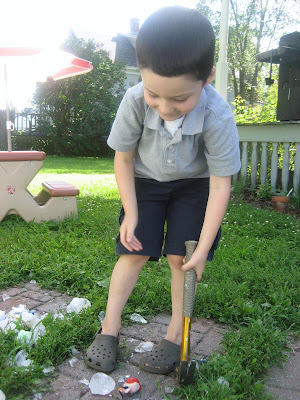 Cool, Leo from the Little Einsteins! 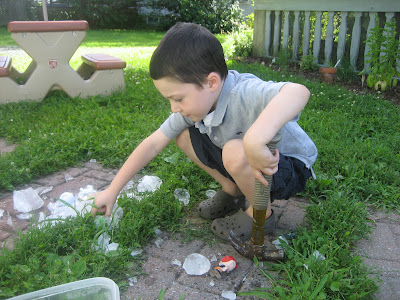 This was really a great activity, and Jack is already asking to do it again. 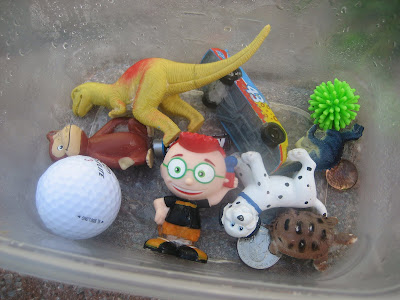 Here is all the loot I collected from around the house to freeze for this activity. It was fun for Jack to see his own stuff. You do not need to buy anything to do this, trust me. I included a quarter and a penny too which Jack loved keeping for his piggy bank after we finished.
Happy Smashing!
Email Post
Labels: ice smashing kids summer 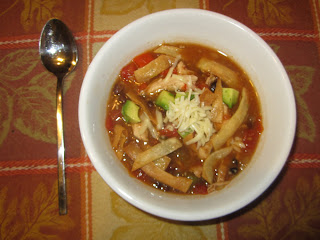